Looking Toward the Future for Economies & Markets

AMG’s perspectives on our outlook for economic recovery and critical things that will impact investments and economic growth over the next six months.

Webinar Summary: Looking Toward the Future for Economies & Markets

The economic recovery on a chart will probably look like Nike’s famous swoosh logo, not a U or a V as during past recessions. 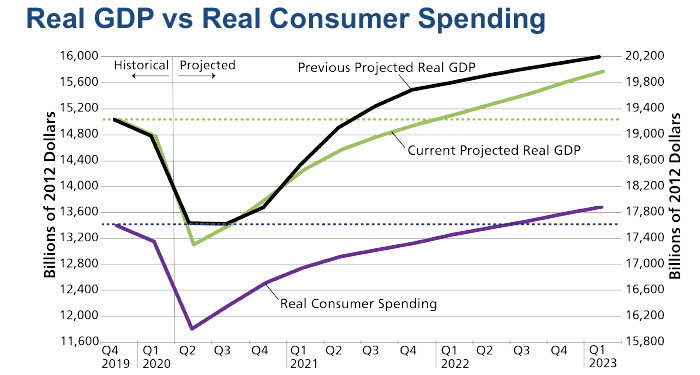 That’s important for investors because a lot of decisions and success will depend on how steep that swoosh’s tail is – or how fast the economy recovers and over what time period.

“The speed of the recovery is dependent on the reopening of the economy and how successful that is,” AMG Chairman Earl Wright said June 5 during a COVID-19 briefing webinar. He emphasized that consumer spending, which accounts for two-thirds of U.S. GDP, will determine how rapidly that happens, and how quickly consumer-spending ramps up will be determined by how fast a vaccine is discovered and available.

Right now, the economy appears to be warming up after several months of COVID-19 lockdown, stretching its legs in preparation for a long uphill jog. May indicators have been positive, showing that the economic free-fall of March and April might be bottoming out. About 2.5 million jobs were added last month when some experts expected to lose another 6 million. The unemployment rate came in at 13.3% for the month when some predicted it would hit 20% after reaching 14.7% in April.

“Everything is headed in the right direction … something good happened in May,” AMG Economist Dr. Michael Bergmann said. That glimmer of hope comes after a first quarter that saw estimated real GDP fall an annualized 5%; AMG anticipates a staggering 31% second-quarter drop. Click here to watch the full presentation.

But the recovery likely won’t be a sprint, although it might seem like one when it begins, as some consumers and companies dash back into the economy. It will be a road-run, but will it be a 10-kilometer race or a marathon? That’s the key question for investors.

Bergmann said the recovery should start in the third quarter, driven by consumer spending. Real consumer spending nosedived in the first quarter, falling an annualized 6.8%, as the pandemic first reached America.

“It’s likely that’ll be nearly quintupled in the second quarter,” he said.

What’s important though is that the recovery road-run starts strong and doesn’t peter out because a second wave of COVID-19 infections forces the economy back into lockdown. Singapore and Iran are struggling with second waves, while China, South Korea and Japan have successfully managed recurring hot spots.

“What we really want to see is the recession hit bottom and an initial rebound that together put the economy in a solid position by yearend,” Bergmann said. “By that, I mean a level that could allow subsequent growth to complete the recovery in a reasonable time frame, say early 2022.”

Unleashing America’s full consumer-spending potential is essential to a quicker recovery, and that likely will come only when people are confident in labor markets and that they won’t contract the deadly virus when dining out, traveling, shopping or attending a sporting event.  Americans’ economic uncertainty is more than 50% higher than what it was after the 2008 financial crisis and subsequent recession. 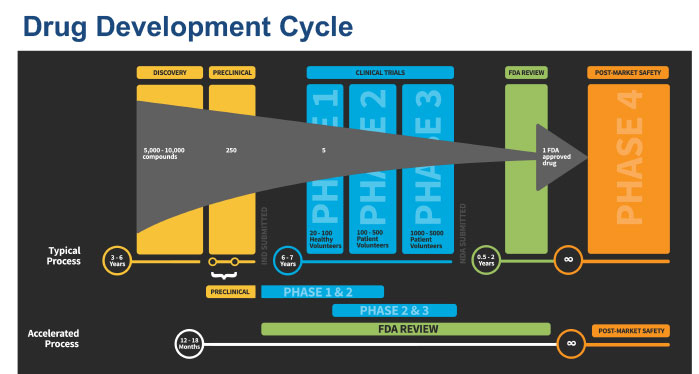 The key to restoring consumer confidence is discovering, manufacturing and distributing a vaccine, which will make the recovery a 10K run rather than a decade-long marathon. The news on this front is encouraging.

Some 125 efforts worldwide are racing to find a vaccine, and several are already in clinical trials with the hope one could be available by fall. In the United States, the federal Food and Drug Administration is closely monitoring research in an effort to cut the normal approval process from years to 12-18 months. In addition, the federal government’s Operation Warp Speed is providing $10 billion in funding to accelerate the development, manufacturing and distribution of a vaccine.

So, for investors, the question is what course the recovery road race will take between now and a vaccine’s widespread distribution. Will a second wave of COVID-19 infections slow down the recovery’s speed?

At this point, it is unlikely the stock market will again test the March 23 lows, said Josh Stevens, AMG’s Senior Vice President, Investment Group. In fact, the S&P 500 is closing in on its February 2020 high, although only a few companies have driven much of the rally. There are probably a few hundred other well-run companies out there primed to gain ground during an economic recovery, he said.

Investors should consider reallocating their portfolios to take advantage of those companies’ resurgence as the economy gets back on track. Not all sectors of the economy will recover at the same pace, so finding the right portfolio balance is key.

If the swoosh’s tail is relatively steep, meaning the recovery is completed by early 2022, as AMG anticipates, investors should understand:

If the tail is less sloped and the recovery takes longer, it still means: