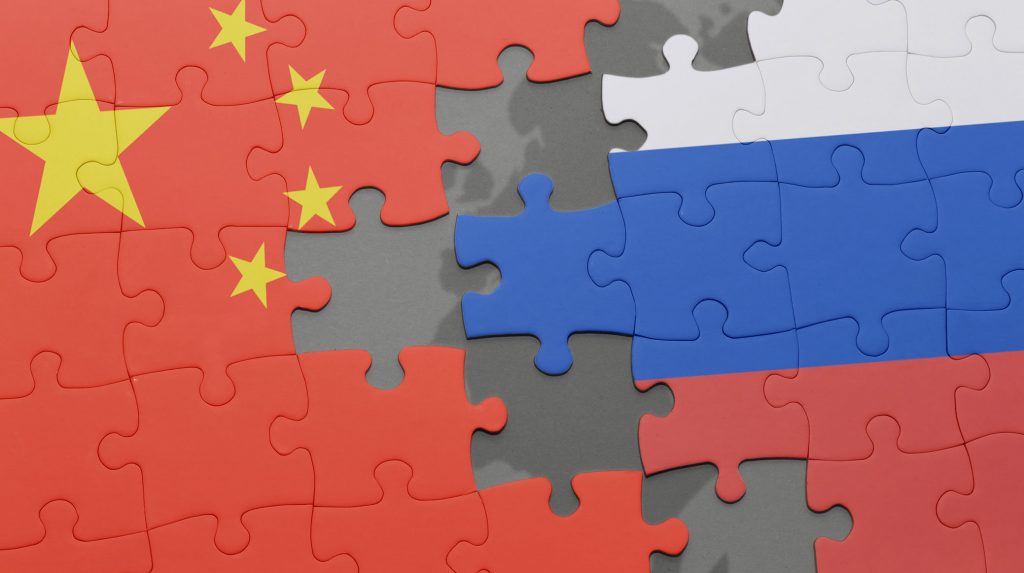 Ukraine endgame: Russia and China appear to be drifting toward an alliance of autocracies in a bid to keep democracies and free-market capitalism at bay.

Where will the Russo-Ukrainian war lead? What’s the endgame of a totalitarian government invading a democratic country?

Here is one possibility.

During the Winter Olympics, China and Russia declared they have an “unlimited partnership,” signaling their willingness to create a hegemonic world power. Such an alliance could over time dilute America’s global influence, seemingly creating economic advantages for both nations.

Russia and China are autocratic countries that share a 2,600-mile border and communist pasts. Historically, their relationship is one of distrust, but now they need each other. Check the boxes:

✓ China aspires to overtake the United States as the world’s dominant economic power but has significant problems. Primarily, China lacks natural resources, and Russia is rich in that regard. The key to China’s future growth is energy; it’s the world’s top oil importer. Russia is a global leader in oil and natural gas exports.

✓ China also is the world’s biggest grain importer. Russia is one of the largest exporters, as is Ukraine.

✓ If Russia prevails in Ukraine, it will dominate the global market for neon gas and palladium, two essential components in the production of semiconductors. Both China and Russia have struggled to produce reliable advanced microchips comparable with those made in the West. Control of those commodities, coupled with China’s vast manufacturing capabilities, could change that dynamic.

✓ Both Russia and China reject western democracy and free-market capitalism, preferring to allow their autocratic governments to guide economic growth.

All of this suggests a possible political and economic alliance in which Russia and China insulate themselves against a globalizing, increasingly democratic world. But that economic model is not achievable in the near term. It likely would take a decade or longer to get there. For now, China and Russia need American and European consumers as much as the West needs Chinese products and Russian resources.

Let’s hope diplomacy wins out in Ukraine and points the way to a calmer, mutually prosperous future.