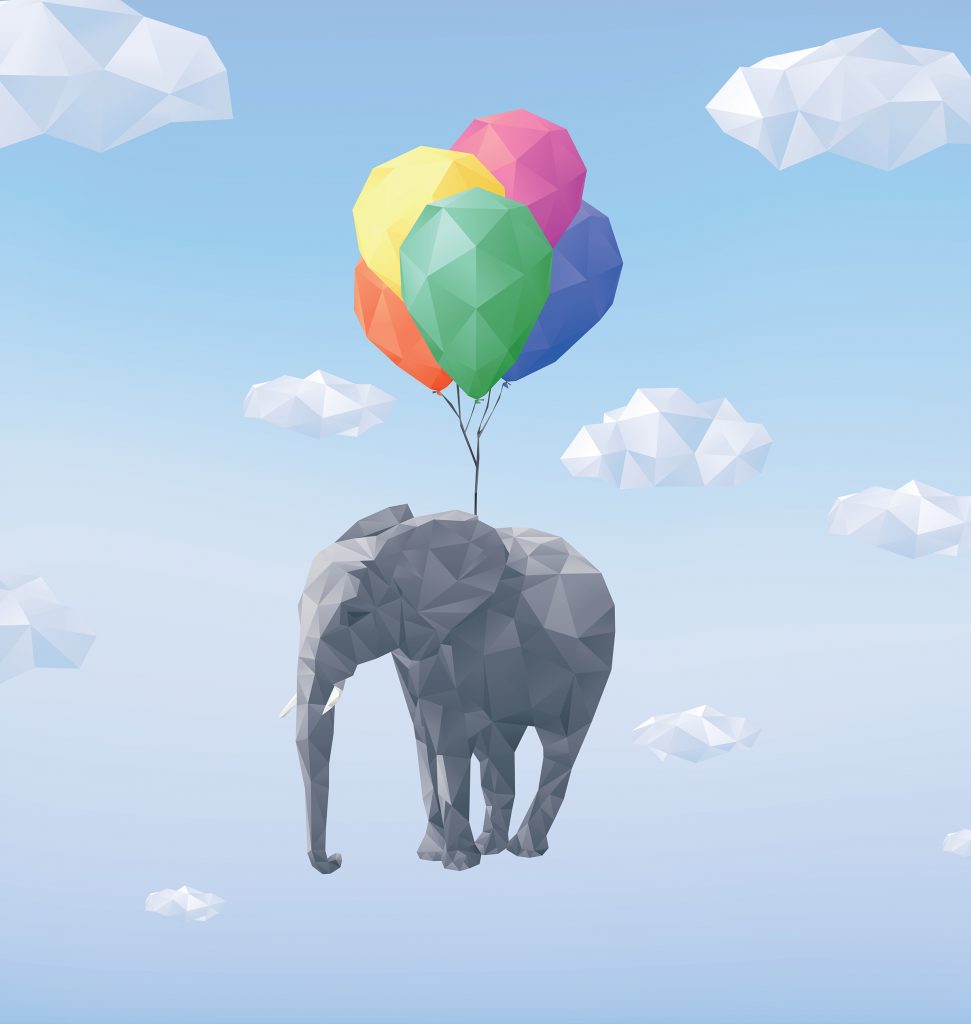 The U.S. economy‘s growth rate is now only about half of the high-flying 4-plus% achieved in the second-quarter of 2018.

Growth of the total U.S. output of goods and services (real GDP) reached a high-flying annualized rate of 4.2% in the second quarter of 2018. However, real GDP growth has since lost altitude, decelerating to 3.4% for the third quarter, and around 2.3% in the fourth quarter.* The U.S. economy is not alone in experiencing slower growth. It is a global phenomenon. Late-2018 and early-2019 data show wide-spread weakening in global trade and output across many countries.

Still, growth in the United States has been better than in many other developed economies. U.S. real GDP will probably show an advance of 2.9% for 2018. The International Monetary Fund (IMF) estimates total developed-country growth at 2.3%.

Healthy private-sector activity is being supported by expansionary economic policies. A fiscal boost continues from the 2017 Tax Cuts and Jobs Act (TCJA) and from the 2018 Consolidated Appropriations Act (CAA). Meanwhile, still-low inflation, a late-2018 dive by the stock market, and slowing global growth has persuaded the Federal Reserve (Fed) policymakers to put a temporary stop to a pattern of slow interest rate increases. The target range of 2.25%-2.50% for the federal funds rate is short of a neutral level; monetary conditions remain expansionary.

The fourth quarter’s deceleration in real GDP is likely to continue into the first quarter of 2019. Consumers will be taking a bit of a respite from a few quarters of very rapid, above-trend spending growth, and capital spending will ease a bit. However, the outlook for the U.S. economy remains positive. Fiscal policy support provided to incomes and to capital investments from the TCJA, along with the increased government purchases as a result of the CAA, will last through most of 2019. Household finances remain solid, as jobs are easy to get, employment is still expanding, and wage growth is picking up. The personal saving rate has remained above 6.0%, allowing household leverage and debt service obligations to reach 35-year lows relative to personal disposable income. The key driver of the economy, consumer spending, should rebound in the second quarter of 2019.

Along with the United States, global growth has also lost altitude. Recent data point to slower growth than previously anticipated. After downshifting late last year, the consensus for global growth moved down even further in early 2019. Global growth is set to weaken slightly in 2019. The IMF, for example, projects full-year global growth will be about 3.5%, or 0.2 percentage points less than in 2018. Most of the slowdown is expected to occur in developed countries, with emerging and developing economies in the aggregate experiencing a smaller drop.

*Because of the recent partial government shutdown the Bureau of Economic Analysis (BEA) elected not make its usual advance estimate for GDP, and numerous other economic and business data reports have been delayed. The 2.3% growth figure is AMG’s estimate based on data reports available at the time these Notes went to press.