Is America on the Verge of Recession? 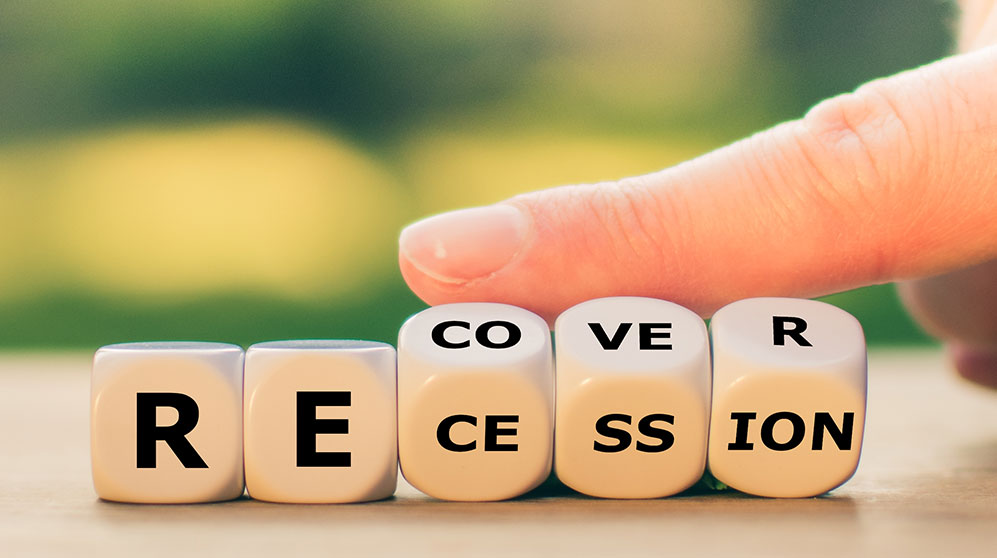 Studies indicate that a near-term recession is not the best bet, but neither is it a long shot as the Federal Reserve works to tame inflation.

A first-quarter contraction in real GDP and a recent drop of more than 20% in the S&P 500 has led to widespread speculation that a recession is imminent. But AMG believes it’s more likely that GDP will trend upward at an annual rate of more than 2% over the coming 12 months. Of course, that is far from a certainty, and numerous developments could throw the economy into recession.

Still, a near-term downturn is not the most likely outcome. Both the New York and Cleveland Federal Reserve Banks created statistical models to estimate the probability of a recession in the coming 12 months. Their latest probability estimates are 7.1% and 5.8%, respectively. Bloomberg publishes a survey of the recession probability estimates made by nearly 50 private economic forecasters. Their estimates vary widely, but a recent median was 31.5%, and is in line with levels observed in mid-2019, prior to the onset of the COVID-19 pandemic. These estimates suggest that a near-term recession is not the best bet, but that neither is it a long shot.

However, the probability of recession is certain to go up in coming months as the Federal Reserve (Fed) works to bring consumer-price inflation, recently running at an annual rate of more than 8%, down toward the Fed’s target of 2%. Generally, inflation is the result of the total demand for output of goods and services (GDP) expanding faster than the productive capacity of the economy (potential GDP). To tame inflation, the Fed will raise interest rates and slow monetary growth, thus subduing growth of GDP and creating (or widening) a gap between potential GDP and actual GDP. This gap puts downward pressure on prices as producers compete to sell their goods and services in oversupplied markets.

The Fed’s problem is that changes in monetary policy take effect with uncertain, variable lags and magnitudes. So, it’s impossible for the Fed to temper total demand for output with precision, and its actions could result in GDP falling into recession. In addition, COVID-19 and the Russo-Ukraine War have increased the difficulty of the Fed’s anti-inflation fight. Both have disrupted supply chains, reducing capacity in some economic sectors along with the growth of potential GDP but by uncertain amounts and timeframes. COVID-19 has also shifted the composition of demand away from services, particularly those involving a close physical presence with other people, and toward goods. In addition, it has reduced the availability of labor, as many workers have withdrawn from the labor force.

While other considerations are important, current circumstances suggest that labor market conditions deserve close attention. A few consecutive months of material declines in growth of payroll employment and increases in the unemployment rate would suggest that recession probabilities have increased.

Join AMG Thursday, June 30 as we discuss questions about recession and inflation and how they might affect our path forward.