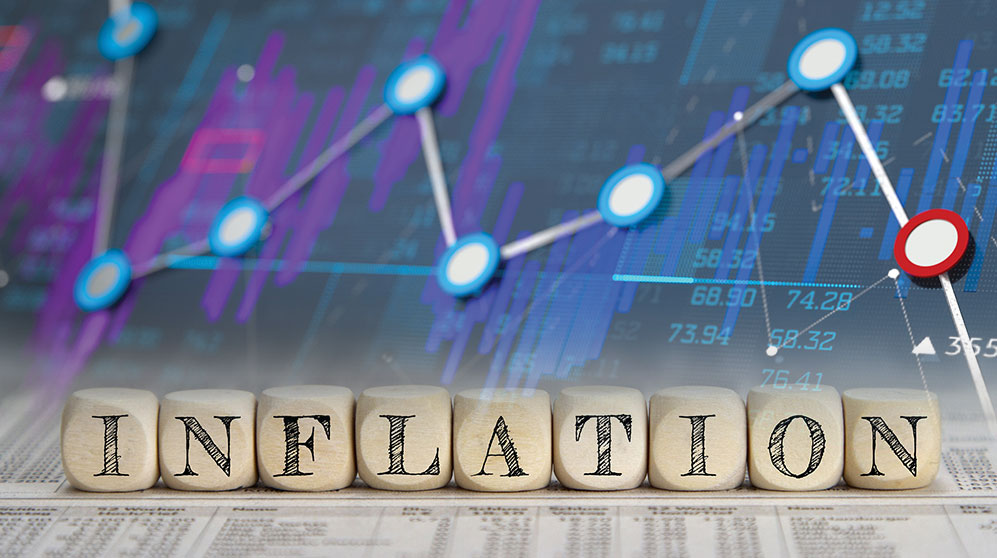 One of the well-known factors behind the spike in annual inflation is the so-called base effect. As demand for goods and services dropped precipitously in the wake of COVID-19, so did prices for many consumer items, particularly in the spring of 2020. During 2021, the mathematical result of the CPI simply returning to a pre-COVID-19 trend creates a transitory surge in the calculated annual inflation rate. However, the base effect peaked around mid-year. Continued high inflation has led some economic commentators to jump the gun, concluding that the forces behind high inflation are already independent of COVID-19-related effects, and pointing to strong demand for goods as proof that it is due to just plain old-fashioned runaway demand, stoked by easy monetary and expansive fiscal policies.

The adjacent graph shows that is not the case. COVID-19 has skewed demand and production to favor things (goods and structures) and move away from services due to government mask and vaccine mandates and consumer concerns about being in close proximity to others. It is not at all unreasonable to expect that relative demand and production will return to pre-COVID-19 preferences as the danger from the disease subsides.

So, for now, inflation is still being driven by the effects of COVID-19 (including supply-side impacts that have not been discussed above). The inflation spike is not the product of runaway demand trending above the economy’s total capacity. The spike is likely to be as transitory as the effects of COVID-19 on the behavior of individuals and governments. However, that is not to say it will end abruptly, or that total demand for economic output may not grow to exceed capacity as COVID-19 becomes less of an issue, particularly in view of expansionary fiscal and monetary policies. A period of sustained inflation remains a risk, but a future risk.