A Brief History of U.S. Tariffs and Trade 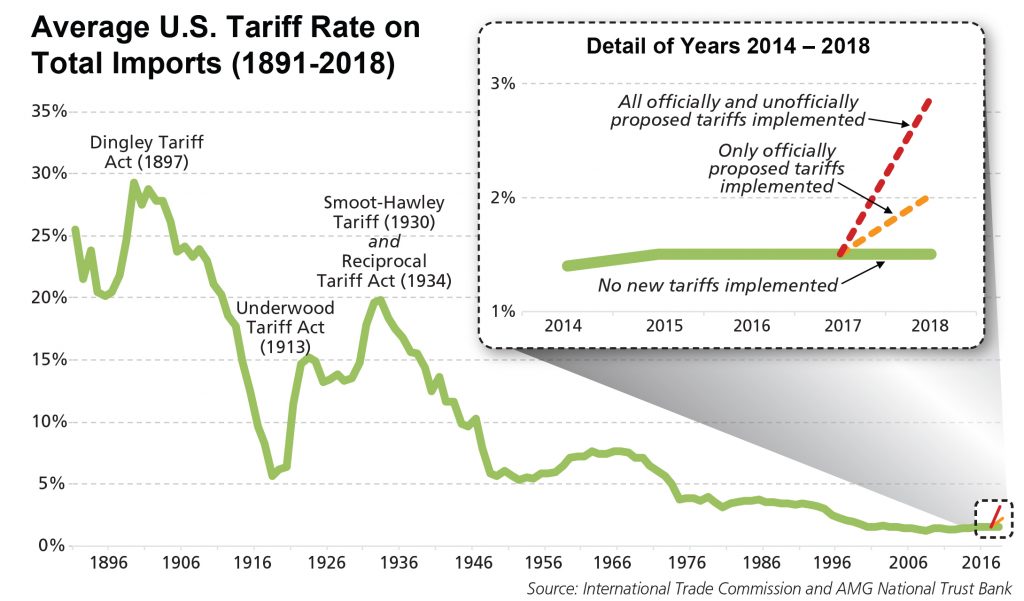 Tariffs both imposed and proposed by President Trump are small in comparison to those used historically by the United States.

From the first U.S. tariff in 1789 until 1914, tariffs were the main source of cash for the federal government, at times accounting for 95% of its revenue. The Trump tariffs, including those officially and unofficially proposed, would raise the overall tariff rate on imported goods from about 1.5% to just under 3%.

That’s a far cry from the Dingley Tariff Act of 1897, which raised the nation’s overall rate to nearly 30% with the idea of protecting a newly industrializing America. The act imposed duties on wool and hides, and raised rates on woolens, linens, silks, china and sugar.

The infamous Smoot-Hawley Tariff of 1930, which sought to protect American jobs and farmers from foreign competition at the start of the Great Depression, raised prices on over 20,000 imported goods. This policy led to reciprocal tariffs and trades wars, and may have exacerbated the depression.

The Reciprocal Tariff Act of 1934 allowed President Franklin Roosevelt to negotiate for freer trade and lower tariffs with individual countries as opposed to passing legislation through Congress. The goal was to increase trade and help the country out of the Great Depression.