China’s Growth Has Been Stunning but Cracks Are Showing China’s meteoric growth is dramatically slowing, and its market economy is showing strain, but the communist government remains determined to overtake the United States as the world’s biggest economy. 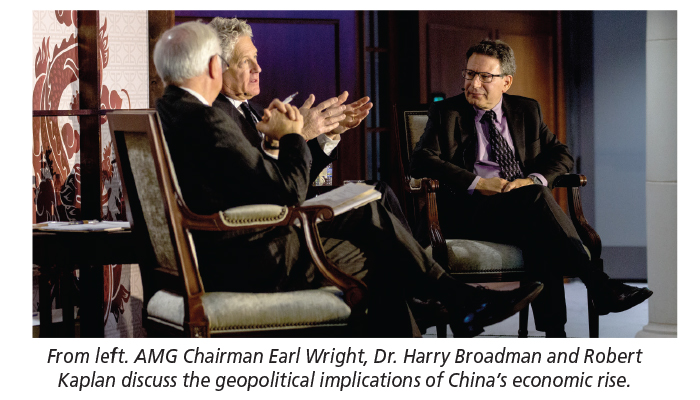 China, a nation of nearly 1.4 billion people, has a GDP of $11.2 trillion, compared to the United States with a population of about 322 million and an $18 trillion GDP. China contends its average annual economic growth from 2010 to 2015 was 7.9 percent, compared to 2.1 percent in the United States.

Many experts believe China could surpass America’s economic output as early as 2030. But Broadman, an international finance expert who has lived and worked in China, argued that the nation’s growth is unsustainable without more sweeping free-market reforms.

“First off, anything you read in terms of numbers with respect to China, you have to take with a lot of grains of salt,” said Broadman, who holds a doctorate in economics. “I’m not sure any economist worth his or her salt believes that 7.9 number – and actually the current number of 6.5 percent – is accurate. It’s probably 50 percent of that number.”

China’s Achilles heel is its state-owned enterprises – four banks and the biggest industries, such as coal, steel and petrol-chemical companies – which are controlled by the Communist Party, Broadman said. China’s growth in the past 20 years has been fueled not by its state-owned enterprises, which account for 80% of the economy, but by privately owned companies, mainly specializing in light manufacturing for export. China began experimenting with free-market reforms in 1978 as a way to combat rampant poverty, Broadman said, but the nation has largely ignored building a domestic consumer economy, which is essential to continued growth. He indicated that the non-performance rate for loans made by the state-owned banks, which fund the state-owned enterprises, is around 45%.

“China has had a pretty impressive growth record,” he said, “but the contradictions are catching up, the chickens have come home to roost.”

Broadman pointed out that the emphasis on quick growth through export manufacturing has created a massive new middle class in China, mainly in the metropolitan areas. 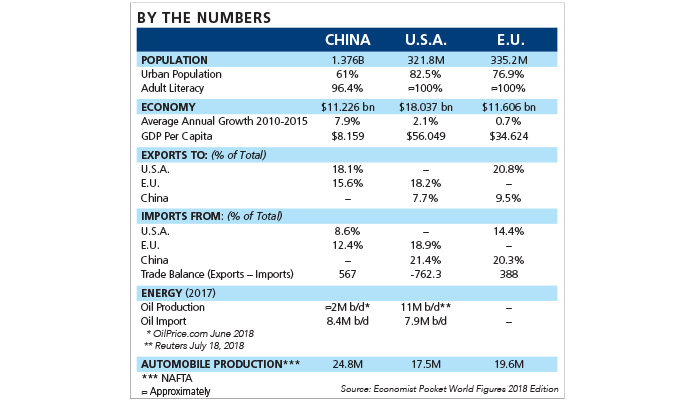 That’s a problem for China because wealth disparity could lead to social unrest. They fear that the most, Broadman and Kaplan agreed.

“The party is motivated by two things,” said Kaplan, a geopolitical analyst who has authored 18 books. “No. 1 is avoid chaos.” No. 2 is do the opposite of Mikhail Gorbachev, the last communist leader of the Soviet Union, whose attempts at free-market and democratic reforms led to the country’s breakup.

Kaplan pointed out that while China is actively expanding its economic influence throughout the world, its immediate aim is dominating the Indian Ocean region and the densely populated emerging markets there. Right now, he said, China has a particularly aggressive military in the South China Sea region of Southeast Asia, in part because it offers a more direct route to the Indian Ocean – “the global energy interstate for the 21th Century” that provides access to oil from the Arabian Peninsula and Iran. 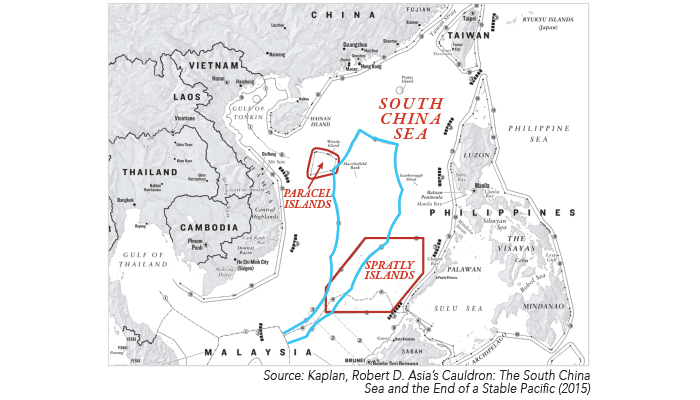 “The South China Sea is to China what the Caribbean was to the United States in the 19th and early 20th Centuries,” Kaplan said. After the last cavalry battles with Native Americans, he explained, Americans went on to dominate the Caribbean Sea region, which enabled strategic control of the Western Hemisphere, which in turn allowed Americans to affect the balance of power in two world wars and the Cold War.

“China expects domination of the South China Sea to do likewise for them,” Kaplan said.

For the past 15 years, he continued, China has been investing heavily in oil-rich Iran and the former Soviet Republics in Central Asia, which control vast natural gas reserves. China is actively building roads, railways and pipelines to Central Asia, the Middle East and Europe – all sources of energy and markets for Chinese exports. China needs oil and natural gas. Its reliance on coal has created the smoggiest cities on the planet, and citizens want relief. China produces 2 million barrels of oil a day while importing 8.4 million, compared with the United States, which produces 11 million barrels a day and imports 7.9 million.

The $1 trillion effort is called the Belt and Road Initiative, Kaplan said, and is aimed at recreating the Silk Road trade routes of antiquity. It’s also a branding tool designed to expand China’s influence by creating economic belts in emerging markets. China has launched a similar maritime initiative throughout the Indian Ocean region. Apparently, it’s working. India, China’s chief rival in the region, is launching a similar push. 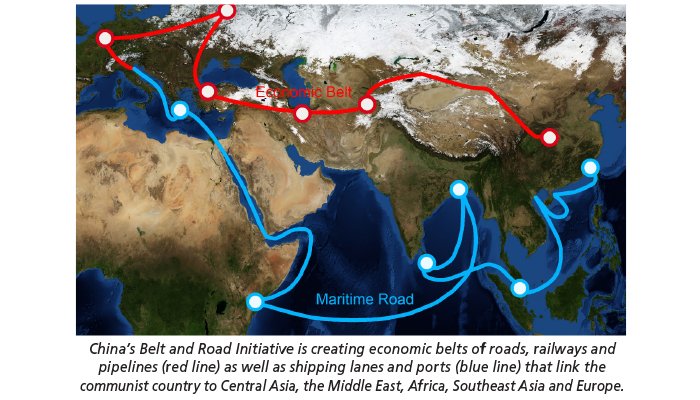 “China is not a rogue state,” Kaplan said “Everything it is doing makes perfect sense from the geographical, geopolitical, and energy position of China.”

What doesn’t make sense, Broadman said, is the United States’ lone-wolf effort to contain China’s growing influence and correct the trade imbalance with tit-for-tat tariffs. More than 21% of imports to the United States come from China, which gets 8.6% of its import from America.

“I would argue that the trade war … is a dream come true for (China’s leader) Xi Jinping,” who can blame the United States for China’s growing economic slowdown, Broadman said.

The Chinese elite, he added, “are sort of laughing at this focus on tariffs because what they really worry about more than anything else in the world is someone going after their jugular …”

What they fear, he said, is a coalition of China’s largest trading partners – the United States, the European Union and Australia – imposing sanctions because China has not implemented the economic reforms it agreed to when it joined the World Trade Organization in 2001.

That would hurt China’s economy the most, Kaplan said, perhaps shaking the confidence of its people and leading to social unrest, which in turn would lead to reform.

What troubles Kaplan is the United States’ lack of a bold plan for trade and foreign relations like China’s Belt and Road Initiative.

“We no longer have a big idea … only bilateral agreements,” he said.